Find a program or service

What’s Next? You can create your own career path, say alumni who have done it 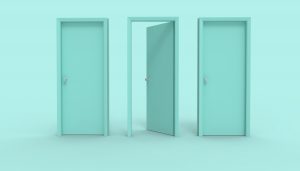 Are you worried about finding meaningful work after you graduate? Or maybe contemplating more education after completing an undergraduate degree? Hoping to find inspiration and a glimpse into a career path that’s yet to be discovered?

Luisa Alvarez Restrepo is the Associate Project Manager, Global Access Programs – Canada at WarnerMedia. She is a writer/producer, film programmer, and E&I media executive based in Toronto.  For more than five years she worked as a Coordinator of Festival programming for the Toronto International Film Festival.

Alvarez Restrepo reassured students that her career paths were not necessarily laid out for her when she began. “it’s OK to not know where your studying is going to lead you.” She took a fifth year to study, for example, and still could not have predicted her own career path. “It’s going to be OK. When you’re in the humanities it might take a little longer to find the path.” She recommends keeping your eyes open for possible opportunities, or gaps that need to be filled.

She decided to participate in the Career Exploration Festival to be a role model for current students in a field that may be different from what they’re used to seeing. When she was at school, she says, there were career sessions for lawyers and med students, but when she signed up for a resume session it was a science student guiding her—which did not provide exactly the support she needed with a humanities background.

She also recommends being open to jobs and roles you may not have thought about before.

“Say yes!” Alvarez Restrepo recommends, to any experiences that may be interesting to you, even if you can’t quite see where it will lead you. “It’s all of these different experiences that can open up doors,” she says. For her, that was helping with the Pan Am games, experience that was useful when she applied for to her next job at TIFF.

Alvarez Restrepo notes that her career path development “had a lot to do with extracurricular activities,” although she didn’t start to get involved in them until the end of her first year. She joined the Trinity College Dramatic Society, eventually serving as co-director, and that helped her see that she could have a career in the arts. She also served as a student ambassador for the Office of the Vice Provost and wrote blogs about the arts on campus. All those activities showed her there were needs and jobs in theater beyond simply being an actor, for example.

In her role with the Dramatic Society she quickly realized there was not a lot of diversity in the group, so she began setting up small workshops to teach different skills to anyone interested. “One of the first performances after that,” she was “excited to see a lot of diversity in the audience. And then later, on the executive group.” That experience, she says, helped her to see “how easy it was to make a change.”

Alvarez Restrepo encourages current students to find their passion in terms of extracurricular activities, and then follow it. When you’re looking for jobs asking for 3 – 5 years of experience, she points out, “you could have those 3 -5 years from U of T activities.”

She does encourage all students to explore the resources that are available to them, without comparing themselves to others, noting that everyone’s journey is different. “Be kind to yourself. What opportunities can you have with the resources available to you now?”

More than one speaker mentioned the importance of networking and building relationships. Laura Hoelzenbein, Production Manager on Far Cry 6 at Ubisoft Toronto, for example, says:

“Networking is probably one of the most important things you can do [to learn about opportunities]. Reach out to people for informative interviews. People want to help. If you ask someone to have a chat with you about XYZ, they’re likely to say yes. Reach out to someone in the industry you’re curious about.”

Bradley Kulay, Career Exploration Program Coordinator, adds: “And then start that journey. Because it starts with one little email.”

Each of the chats from has been recorded, and may be posted soon. There will be future career chats listed on the CLNx—please check them out to inform your own career path as it evolves and visit Career Exploration & Education for more resources.